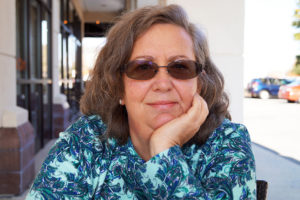 Laurie Cushing moved from the Boston area to Fountain, N.C., with her husband about seven years ago. Though a career cardiac echo tech back in Massachusetts, Cushing couldn’t find decent-paying work here. So, lacking employer-based health insurance, and waiting for her early-retirement to kick in, she initially went without health insurance altogether.

“I tell you, I was very nervous for the nine months I went without insurance,” she said. “It was nerve-racking. Very nerve-racking.”

“It was getting to the point where I would have went without insurance (again), the payments were getting so high,” Cushing recalled. “You’re looking at $700-$800 a month with private insurance. It would have taken almost all of what I get from my early-retirement.”

That was also about the time the Affordable Care Act (ACA) Health Insurance Marketplace was launched. “So I got online, did a little research, and found Access East,” Cushing said. “I just figured, nothing ventured, nothing gained.”

Cushing is now in her fifth year of ACA coverage. She is thankful to have it, and has had no difficulties with it, she said.

Last year, she had some ankle problems. Without insurance, Cushing said she likely would have just gone to get an X-ray, “and prayed to God that my primary-care doctor knew what he was looking at.” Instead, her ACA insurance allowed her to be seen by an ankle specialist, who was able to help her.

“I’m in my mid-to-late 50s,” Cushing continued. “I have some chronic issues, like blood pressure. Things (with my health) are starting to fall apart a little. Nothing significant, knock on wood, but without insurance, I would just go (to the doctor) once a year. But now that I have it, it’s such a peace of mind. That alone is worth whatever I pay a month, to give me that peace of mind.

“If (the ACA) goes away, I will probably have to risk not having insurance (again). The money that I’ve got set aside for health insurance, I’d probably keep setting aside, so when I did go to the doctor, I would just pay cash as I went. And I would just be there once a year; I would go without (regular health care), until I hit 65.”

That’s when Medicare would kick in. Assuming, Cushing added, that Medicare is still intact by then.